A guide on How to Write and Distribute a Press Release

The Inverted pyramid layout is the standard and most widely used way to write a press release. In the body of the press release, you should include details that are relevant to the article. Some less-important details can be omitted, though they will increase the credibility of the article. If possible, you can add a quote based on your own experience or research. Make sure that the quotes are related to the topic of the article, though.

If you’re writing a press release, you have probably seen this structure before. The inverted pyramid is a standard layout used by journalists to ensure that crucial information does not get missed. The first two paragraphs contain the key facts, while the third paragraph can contain supporting information or a quote from an industry expert. The inverted pyramid also encourages key phrases to be used early. 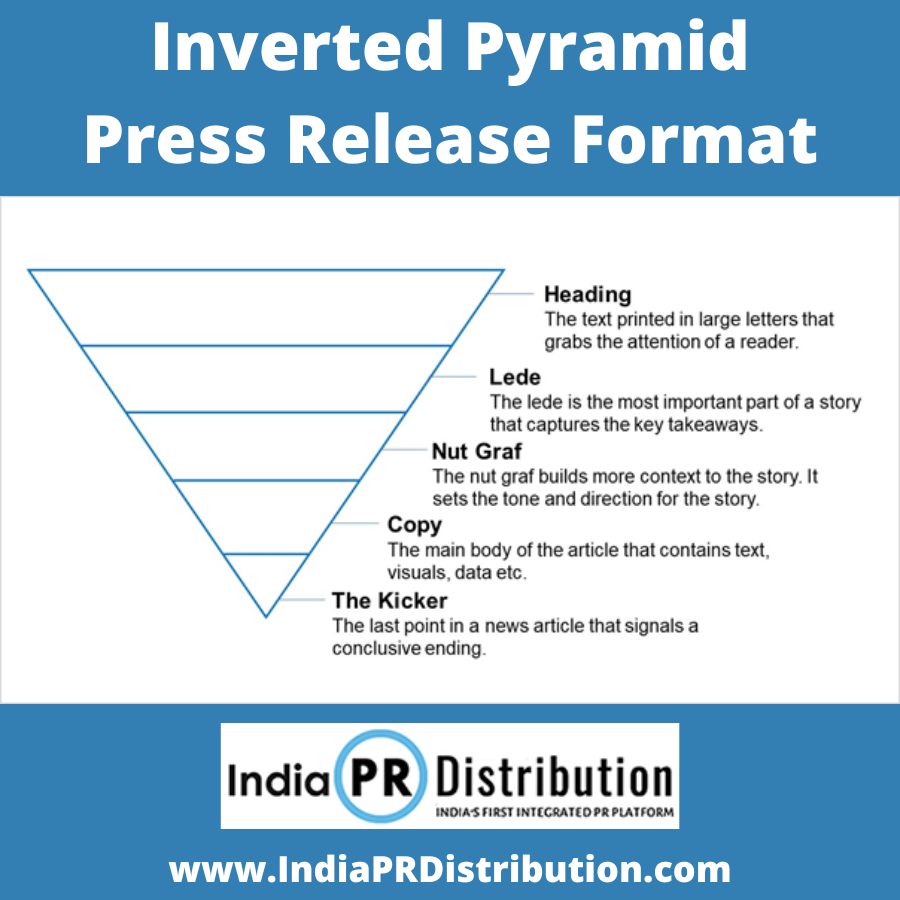 Regardless of the publication, the inverted pyramid is the most common layout for a press release. It places the most important information on top, and any supporting details are listed below. This structure makes it easier for readers to get the gist of your press release quickly. It’s the most effective way to grab your audience’s attention and pique their interest in a particular subject.

Including a quote in a press release

When distributing a press release, a quote is a great addition. It gives the release some human flavor, as opposed to the usual string of figures and boilerplate that many releases have. Use a full name if possible, and don’t substitute your own voice for the quote. Make the quote speak for itself. Your audience will appreciate the extra effort.

When writing and distributing a press-release, use quotes in a natural way. Include a quote if you can, but don’t go overboard with them. A few good examples are in the news industry and on a personal level. Don’t forget to include quotes from industry leaders or people with whom you share a common interest.

When writing a press release, consider the interests of the media. While journalists are unlikely to be in your industry, they’ll often write stories on topics relevant to your business. By avoiding industry jargon, you increase the chance of a press release being picked up by a journalist. A press release that provides value to its reader will get wider distribution and get covered more often.

Finding a good news outlet for a press release

If you’re looking to get your story featured in a national or local newspaper, you’ll need to find a journalist who covers the topic you’re interested in. Unlike a traditional press release, journalists don’t like to read malware and attachments. To increase your chances of getting your story covered, try to build a relationship with the journalist. The journalist you are contacting should be interested in your industry, so try to comment on articles they have written about your industry.

The first thing people see when reading your press release is the headline. You want it to be enticing and catchy. If you’re writing about an important event, you want to make it interesting. Another great strategy is to use newsjacking. This strategy involves injecting your brand into a news story that is trending on social media. Stories with an emotional connection resonate more with your target audience, which means your press release will gain more social traction.

Press releases are a great way to spread the word about new products, events, and services. But, like any other marketing strategy, they’ll help you get noticed by journalists and boost your SEO. However, they won’t be read by most consumers. The best way to make your press release stand out from the crowd is to make it interesting and newsworthy.

Writing a fact sheet for a press release

When writing a fact sheet for a press release, you need to keep the information short and sweet, as well as relevant to your press release. The fact sheet should include the most vital information, while still remaining interesting to the public. Moreover, it should be accurate and true to the announcement of the company. If you’re writing about a product, service, or organization, make sure you include the necessary data and citations to support your assertion. Also, it’s advisable to interview a representative of the organization or university, especially if the fact sheet is about the latest advancements of that organization.

The fact sheet’s header should serve as the title. A bold heading combined with a dramatic image will make it stand out. Next, give a brief description of the company, including the number of employees, the year of establishment, and any other crucial information. Finally, make sure to explain the purpose of the company and what the future holds for it. You can also include a slogan, if you have one, as long as it is relevant and relates to the story.

Writing a call to action in a press release

As a press release writer, it’s crucial to include a call to action. You can do this in a few different ways. One effective call to action involves making a person feel limited in some way. You can achieve this by using action words and writing the press release in a friendly way. Here are some tips:

The first step in incorporating a call to action in your press release is to identify your target audience. If your audience is not aware of what you want them to do, they’re unlikely to take action. If you’re trying to get attention from the press, your call to action should be as clear as possible and include specific instructions. This is especially useful if your press release is related to a consumer or a service. It’s important to remember that a call to action can increase sales and brand awareness.

You can encourage your readers to take action by inviting them to sign up for your newsletter or download a white paper. Another effective call to action is a request to complete a survey. Make sure you include the reward for successful completion. These are all ways to encourage people to act on your message. Make sure you have a call to action in your press release. It may be the easiest way to generate more interest in your company.

Your call to action should be relevant and impactful for your target audience. Your call to action must solve their problems and meet their requirements. To do this, your press release must be tailored to match your target audience and its current trends. Your CTA must be clear and enticing so your reader will click on it and visit your website. You’ll know you’ve done it well if your reader is clicking on the link provided.